Dr. Edward Tang has a new book out, From Confinement to Containment: Japanese/American Arts during the Early Cold War. It examines the lives and works of four Japanese and Japanese American figures – a novelist, a film star, a painter, and a children’s author – from the World War II era to the onset of the Cold War. 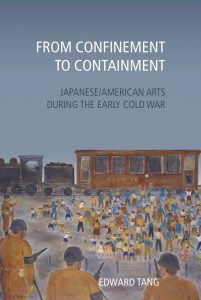