Every time I tell someone I majored in American studies in college, I get the same response: “Oh, so like, history?” No, not exactly, at least not the history you’re thinking of. Sure, we learn a little bit of history, but we also learn literature, and music, and politics, as well as how to research, write, analyze, use critical thinking… I could go on. But rather than just listing things, below you’ll find a detailed account of what an American studies degree entails generally, some specific subjects that I studied, and what it taught me.

American studies is an interdisciplinary degree, meaning that rather than following one field of study, it delves into several different fields. The main purpose of using this type of study, and of this degree in general, is to look at all aspects of American life to determine the popular culture and various subcultures of American citizens. In short, it is learning what makes Americans distinctly American. But there is no one answer to this question, and the answers are constantly changing, meaning that this field of study is one that you constantly have to research and adapt with.

For example, I wrote an essay my senior year on the cultural impact of the musical Hamilton, something that has clearly broken into mainstream success in America, but was not yet included in my curriculum. Many fields of study grow and change in this way, but because American studies is about the everyday life of US citizens, it changes quickly and dynamically. What I wrote in my Hamilton paper last year does not even begin to cover what I would write today if I were to begin it again, as it is now on Disney+ and even more widely accessible to people, and the cultural and political landscape has changed drastically in 2020 alone.

While my Hamilton paper was largely about politics and political issues, that is only a fraction of what I wrote about during my time in college. I also wrote about music, namely the music of Michael Jackson, Nirvana, and Elvis. I wrote about movies and TV shows like Easy Rider and All In The Family. I wrote about southern cooking, the importance of cars to American culture, and about ways that Woodstock and comic books reflected the cultural landscape of the country. And, of course, I wrote about a lot of books too, but we’re talking about the really fun stuff here.

Because of the interdisciplinary nature of American studies, I got to largely create my own course of study, as I was able to choose classes that I enjoyed while taking a smaller approach to subjects that were less interesting to me. The first two required classes I took were “survey classes,” meaning that each instructor from the department came into my class and taught two lectures per semester on their specialty topic. This was a great intro to American studies, because it let me sample different classes to see what I might want to take a more detailed course in later on, but it was also more educational than I realized at the time. Looking at so many different aspects of American life so close together forced me to think about how all of those differences intersect, which is one of the major goals of the degree. Aside from these survey classes, I was also required to take two semesters of American history and two semesters of American literature. In my opinion, these are important in any discipline, but they really helped to lay the groundwork for the classes I took later on as well. I was also required to take Contemporary America, which focused on a very detailed look at aspects of the 1970s, 1980s, 1990s, and the 2000s. Other than that, the classes I took were up to me.

Aside from my required courses, the American studies electives I chose to finish my degree requirements were Southern Studies, Southern Places (even though they don’t sound like it, these two were very different classes), Urban Studies (on big cities and gentrification), Popular Culture, American Humor, On The Road (about “car culture” and “open-road mythology” in the USA), and Cold War America. Some of these classes sound too specific to fit into the broader conversation or too general to be of any substance, but each one was just as informative as it was enjoyable, and while there was some overlap in themes sometimes, they were all wildly different.

While an American studies degree may sound to outsiders like a waste of tuition money (when it doesn’t sound like a history degree, that is), the purpose of it, above all, is to understand the country that you live in. And, looking back, it was very successful in teaching me just that. I watch tv now and understand exactly what current events inspired new shows or movies, and I can predict which cultural artifacts will be of use to scholars in the future when it comes time to analyze our current state. As cliché as it may sound, I see the nation around me through new eyes, ones that are more open to the subcultures and the lives of other people as well as ones that can easily interpret the cause and effect of a situation, rather than just see what is happening in my circle and what it means for the current moment. This degree also led to an increase in my critical thinking skills, my ability to understand the connection between two seemingly distant events or artifacts, and it taught me how to conduct different kinds of research and when to apply that knowledge.

Overall, this is a great degree for gaining general skills that are helpful in the working world, no matter what your job is. It is a popular major among law students, because it teaches many of the skills you need to succeed in law school. But even for those who aren’t interested in a law degree, I would highly recommend American studies as a major, second major, or even minor, because it uses interesting and unique methods and topics to foster knowledge and life skills. 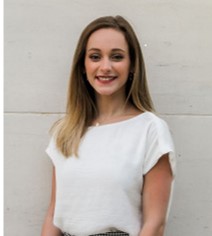